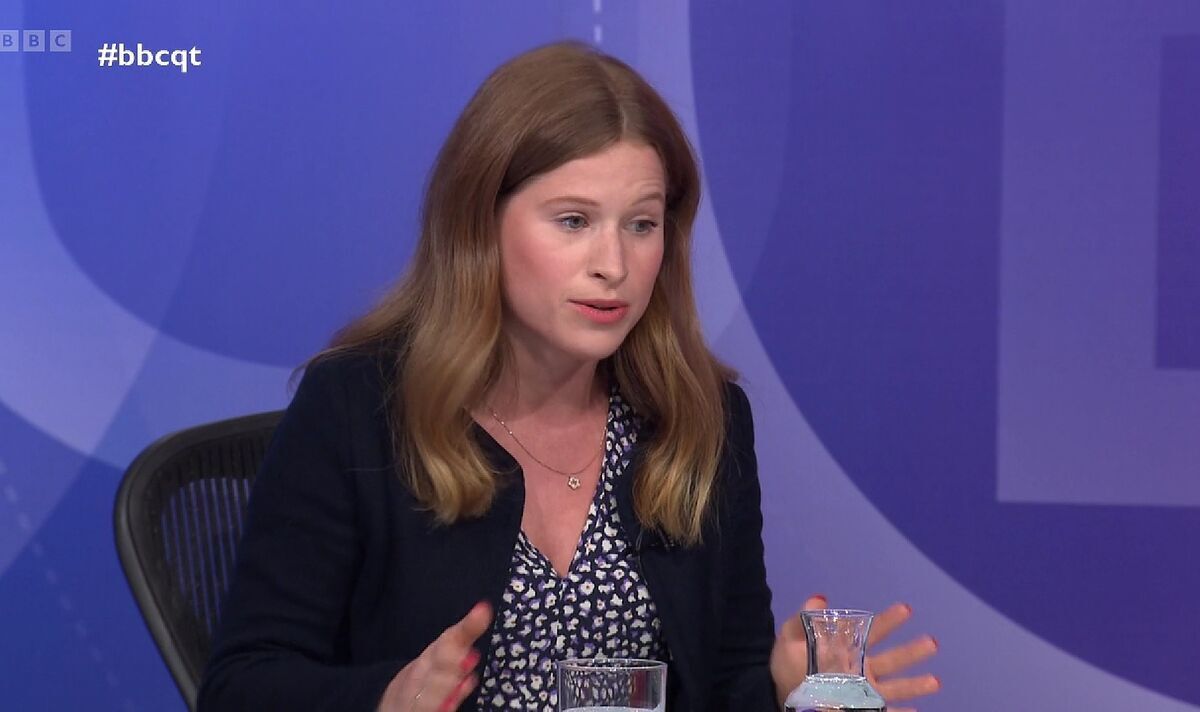 Emily Carver, head of media at the Institute of Economic Affairs, described the Bank as “asleep at the wheel” as she appeared on BBC’s Question Time programme in Liverpool. Ms Carver also went on to savage Threadneedle Street further over the rising cost of living, roaring: “Why weren’t you on the job?”

She said: “On the inflation question, I do wonder where our politicians were when the Bank of England was essentially asleep at the wheel.

“There was no mention of money supply, quantitative easing, the impact that might be having on underlying inflation.

“Then, on top of that, of course, you have things the Government can’t control.

“For example, gas prices across the world. The wholesale price there.

“They can’t control Russia invading Ukraine but we did over the pandemic and years before that pump huge amounts of money into the economy.

“That has led to underlying inflation that we are seeing now spiking and it is very worrying.

“There is no silver bullet.

“I think the Bank of England, the Governor said he was helpless in the face of inflation.

The ConservativeHome columnist said: “There is more than the Government could be doing to help those who are vulnerable.

“I would like to see benefits in line with inflation, I think that’s fair.

“The Government are also benefiting from extra tax revenue from those energy and tax companies that are doing well in this period.

“So they could be using that to help those at the bottom.

“You know the inflation question is so complicated and I feel like the Bank of England have left it far too late to keep it under control.”