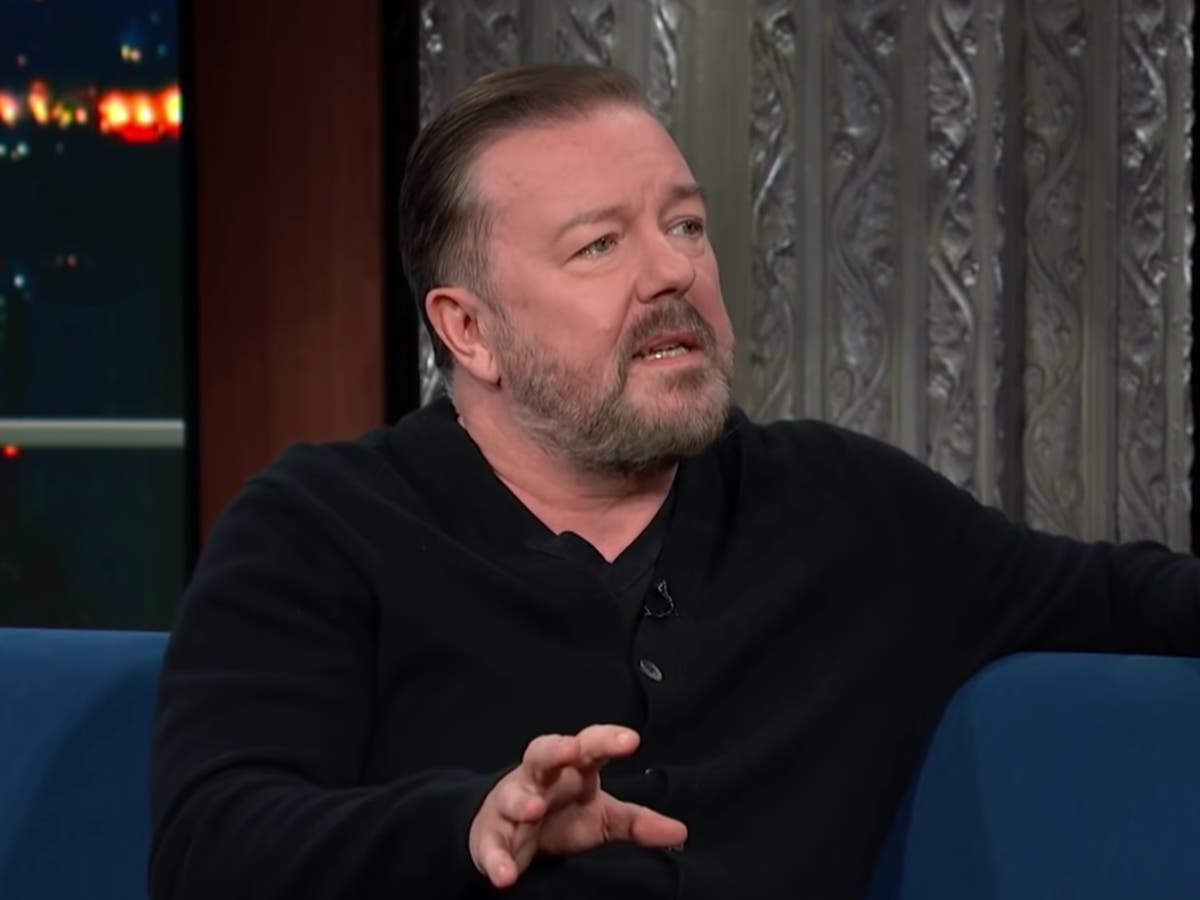 Ricky Gervais discussed irony and why some people find his humour offensive during a Tuesday (17 May) night appearance on The Late Show with Stephen Colbert to promote his new Netflix special, SuperNature.

Gervais, who is known for his provocative comedy material, has now made several comments about the joke made by Chris Rock at the Oscars in March, which led to him being slapped on stage by Will Smith.

“People get offended when they mistake the subject of the joke with the actual target and smart people know you can deal with anything, particularly when dealing with something like irony,”The Office creator told Colbert. He had previously noted that the subjects he covers in his stand-up include “famine, AIDS, Cancer, Hitler” – “those dudes are evergreen”, he said.

Gervais went on to say that he explains the concept of irony at the beginning of his new show, “just to warn them and then they get it”.

“Humour gets us over bad stuff,” Gervais said. “That’s why I laugh about terrifying bad things. You know, that’s why comedians are obsessed with death because, you know, it gets us through… it’s an inoculation to the real things that are going to happen.”

Gervais previously defended Rock, who had made a joke at the expense of Jada Pinkett-Smith’s baldness, causing the altercation with her husband.

“That was like the tamest joke I would’ve ever told,” Gervais wrote on Twitter after the event.

SuperNature is out on Netflix on 24 May.