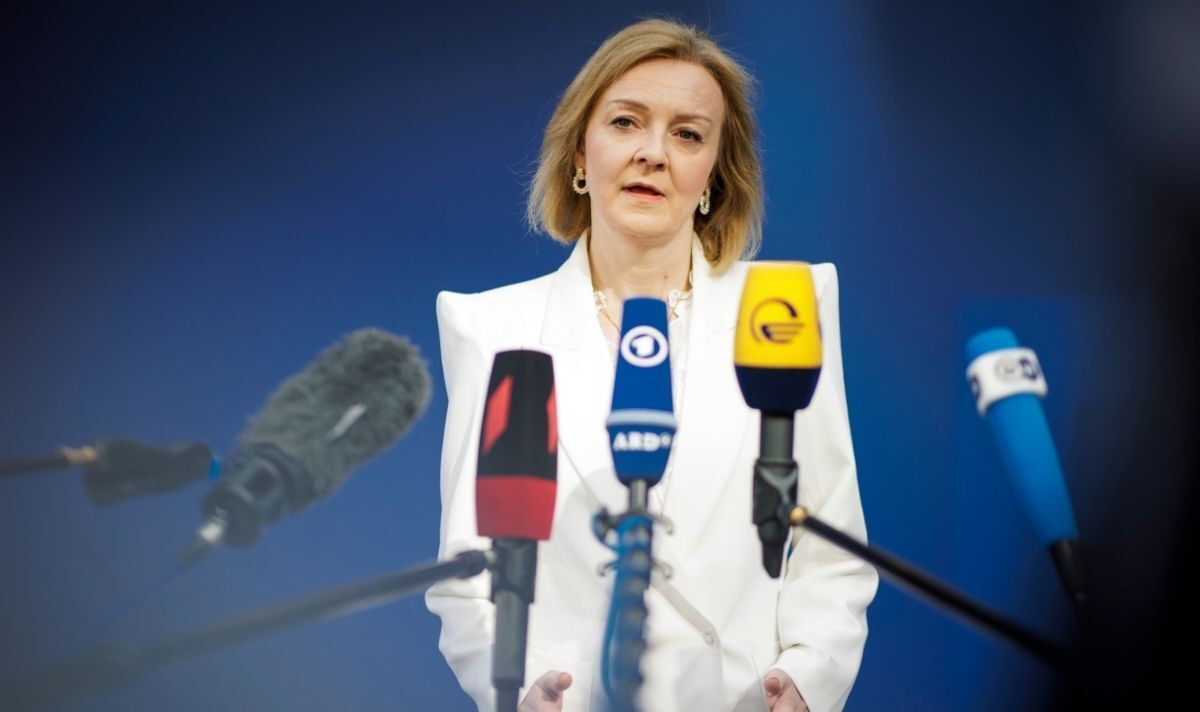 Renegotiations on the trade border in Ireland have increased tensions between the European Union and the UK as Liz Truss continues attempts to navigate a solution to the Northern Ireland protocol. Changes to the protocol or the use of Article 16 could undermine the Brexit withdrawal agreement signed by Boris Johnson and frustrate EU diplomats. Europe editor for the BBC Katya Adler has warned the negotiations could spark a particularly “messy and painful” trade war as the EU could impose tariffs on goods traded with the UK.

Speaking to Newscast, she said: “I mean, the language is, from both sides, from the UK and the EU, we would like to find a negotiated solution.”

Ms Adler continued: “Frankly if they don’t, it’s going to get very messy and painful.

“If the UK goes sort of nuclear, so to speak, and goes for a trade war, that is going to be very painful for the UK which is already discussing this cost of living crisis.”

The journalist warned an unexpected rise in tariffs on goods could exasperate the financial strain already placed on the UK economy by the rising cost of living.

She added: “It will also be very painful for the EU which is also struggling with a cost of living crisis, so the EU doesn’t really want to go there.”

“They get quite tactical and they pick particular products that they can put tariffs on that will have particular political significance.”

He added: “So, I would imagine something that is made in Liz Truss’s constituency gets really really rocky.”

Ms Adler continued: “That’s exactly the kind of thing that EU diplomats have been chewing over, not just now, but at other clash points in the Northern Ireland protocol and its implementation.

“The EU, as we know, doesn’t do things kind of straight away.

“So it would start with legal action, which it has started and stopped before with the UK over the protocol, but that is a very long-winded process.”

She added: “So to keep up the pressure, EU diplomats have discussed exactly that, so putting targeted tariffs on industries which would affect key Conservative MPs or their constituencies in the hope of driving the UK back to the table.”

Ms Adler suggested the Foreign Secretary’s constituency of South West Norfolk would be at risk of specialised tariffs imposed by the EU.

The issue concerns a Brexit trade border in the Irish Sea which has established increased checks on goods entering Northern Ireland from the rest of the UK.

Irish politicians have highlighted this border positioning undermines the position of Northern Ireland within the UK by imposing checks that are not required in other regions of the nation.

Ms Truss has continued to attempt negotiations on the Northern Ireland protocol but EU diplomats are reluctant to adjust the terms of the agreed Brexit withdrawal contract.

If the UK is to forcibly override the Northern Ireland protocol, political analysts have suggested the EU would initiate a trade war by imposing additional tariffs on both UK exports and imports which would heighten the already present economic strain within the country.