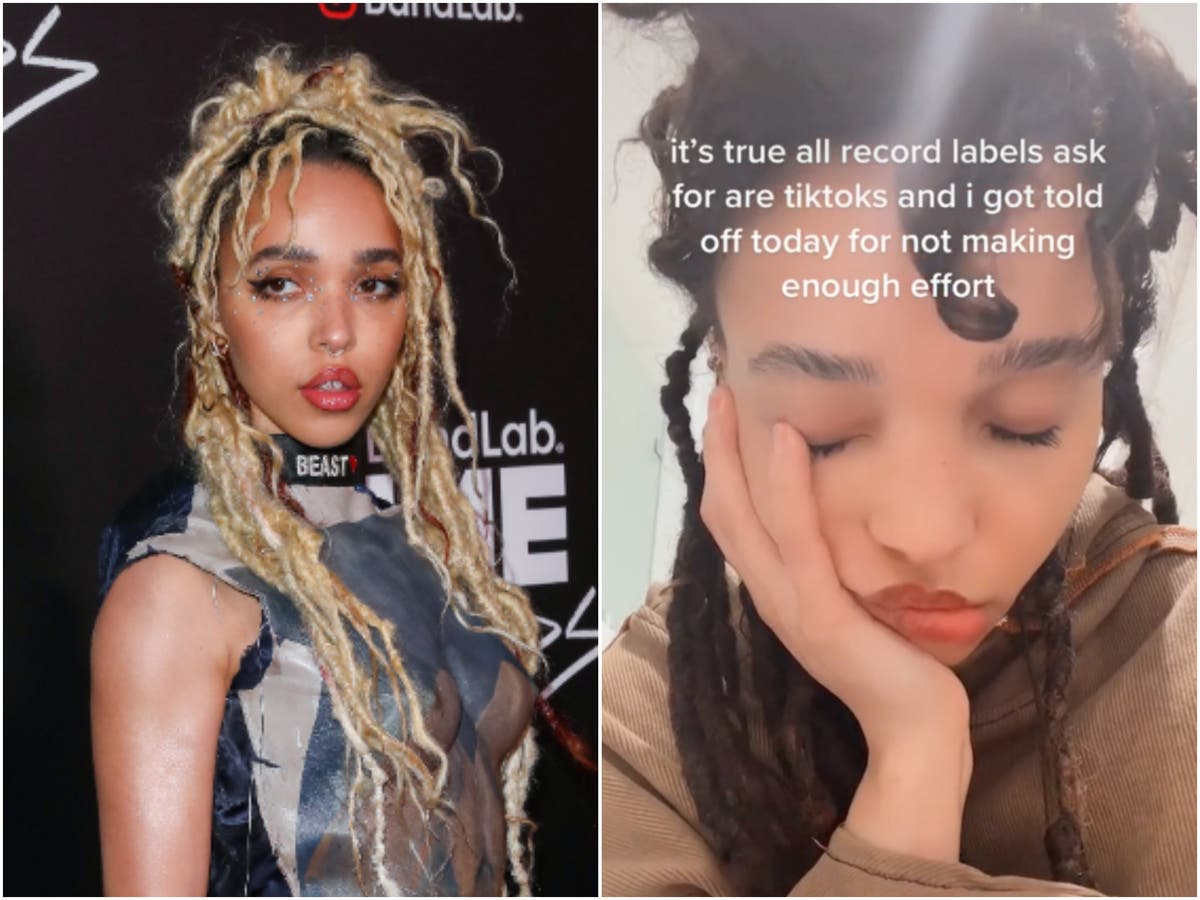 FKA twigs has claimed that record labels only ask artists to share TikTok videos and that she was told off for not posting enough.

The “Cellophane” singer has 215,000 followers on the video-sharing platform, while her clips have been liked more than three million times.

However, on Wednesday (18 May), twigs – real name Tahliah Barnett – shared a video saying that she had been admonished for not posting enough.

The TikTok first starts with a video from an account called @viralitytiktok, which claims that users should be sharing “four to five times a day” if they want to go viral on the platform.

The musician then shared a video of her own face, which she captioned: “It’s true all record labels ask for are TikToks and I got told off today for not making enough effort.”

The comment section was full of support for twigs, with one commenter writing: “Do they not understand your target audience lol it’s hardly the tiktok kids,” to which she replied: “My label are actually really cool, it’s just hard cause i forget to show what i’m up to.”

“I appreciate the effort,” another fan commented. “Thank u, I am trying,” twigs replied.

“I mean look your music is the definition of artistry and the epitome of healing music so as long as you keep slaying we happy,” one comment read, while another fan wrote: “We love you also without constant TikToks, pls stay true to yourself.”

Twigs released her first mixtape Caprisongs earlier this year, which recieved four stars in a review from The Independent.

In 2020, the musician filed a lawsuit against Shia LaBeouf for “relentless abuse”, including sexual battery, assault, and infliction of emotional distress.

LaBeouf has denied causing Barnett “any injury or loss,” saying that she was not “entitled to any relief or damages whatsoever”. The case will go to jury trial in April 2023.