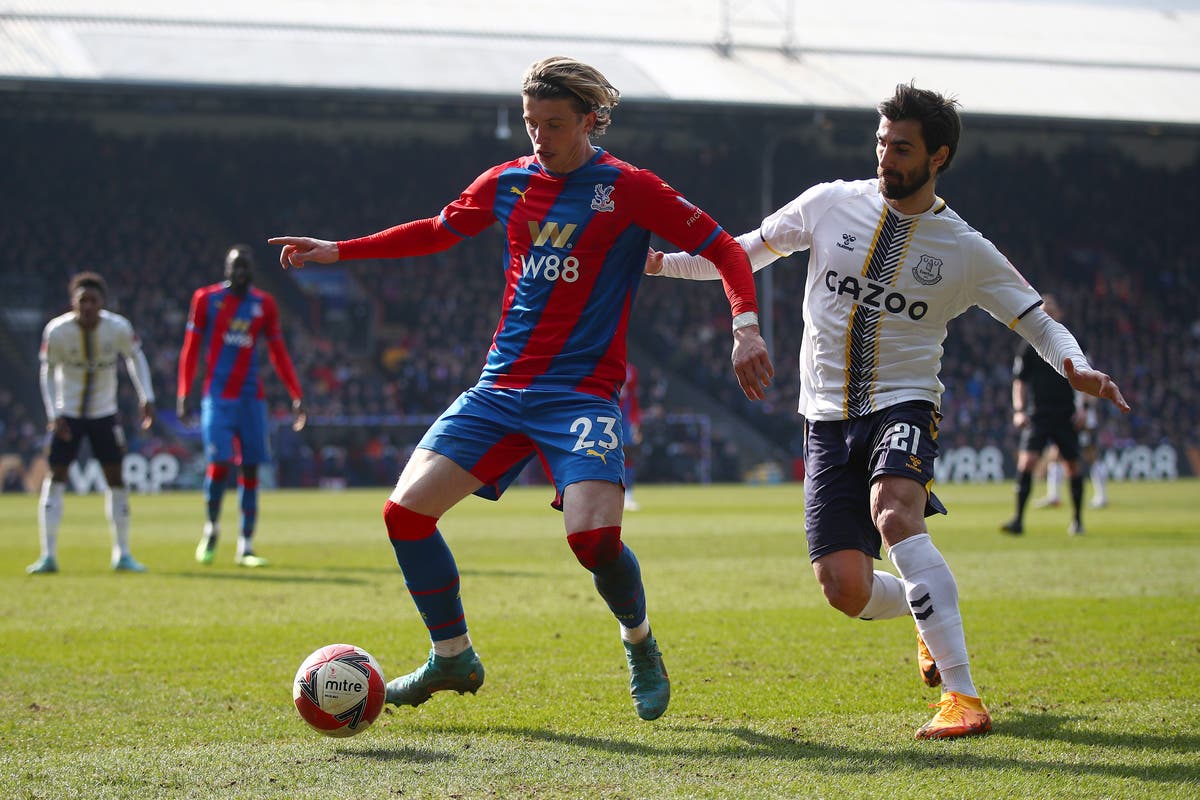 Win at Goodison Park against Crystal Palace this evening and Everton’s relegation scrap nightmare will be over. They will have sealed Premier League safety with a game to spare.

It’s worth noting however, that the Toffees had a golden opportunity to secure their Premier League status over the weekend but fell apart in a 3-2 home defeat to Brentford that saw them end the contest with nine men.

Dominic Calvert-Lewin and Richarlison netted to give Frank Lampard’s troops 2-1 lead at the break, despite Jarrad Branthwaite’s red card, but Yoanne Wissa and Rico Henry turned the game round in the second half before Salomon Rondon ludicrously got himself sent off late on.

Crystal Palace have comparatively little to play for in comparison to their opponents but Patrick Vieira’s nomination for Premier League Manager of the Year this week is testament to the job he’s done in his debut season at Selhurst Park and the 13th-placed Eagles bring a four-game unbeaten streak to Goodison Park. They won’t be an easy out.

Here’s everything you need to know ahead of the crunch Premier League clash:

When does Everton vs Crystal Palace start?

Everton vs Crystal Palace kicks off at 7.45pm GMT tonight, Thursday 19 May at Goodison Park.

How to watch Everton vs Crystal Palace on TV and online

Everton duo Jarrad Branthwaite and Salomon Rondon will serve suspensions after being sent off against Brentford, although Michael Keane is expected to have recovered from the illness that ruled him out of that game.

Nathan Patterson, Andros Townsend, Fabian Delph and Yerry Mina are all absent but Andre Gomes came through his first start since February against the Bees and may hold on to his place ahead of the likes of Donny van de Beek, Allan and Tom Davies.

Meanwhile, Crystal Palace will be missing Michael Olise after his recent knock, with the forward joining long-term absentee Nathan Ferguson on the injury list.

James McArthur‘s calf strain could also keep him sidelined but goalkeeper Vicente Guaita should be available for selection once more and goalscorer against Aston Villa, Jeffrey Schlupp, is pushing for a start with Eberechi Eze – who Vieira is being careful with after his own long-term injury – the most likely candidate to drop out.

Everton have far more on the line than Palace but completely capitulated against Brentford in a way that has to be concerning for Frank Lampard. How they bounce back from that will determine this fixture, so let’s say it ends as a draw that helps the Toffees in their relegation battle but isn’t quite the magic bullet a win would be. Everton 1-1 Crystal Palace