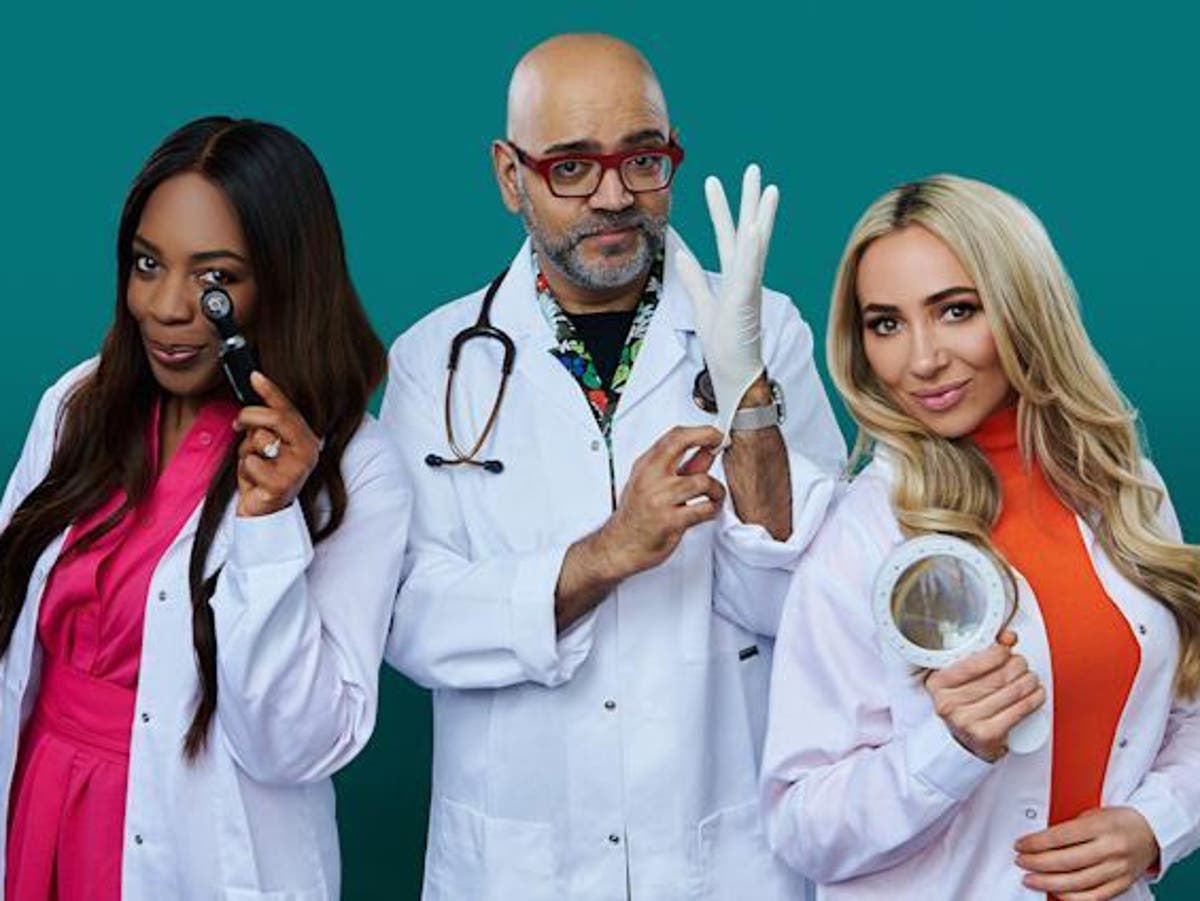 When Embarrassing Bodies first premiered in 2007, it was groundbreaking. Everyday people would seek help for medical conditions – mostly unusual, sometimes taboo, always shocking – that were making their lives hellish. On national TV. In front of millions of strangers. While the participants’ choice to subject themselves to such public scrutiny always seemed like a mystery, the show’s candid, shame-free exploration of the human body was inarguably ahead of its time, predating the rise of the self-love and acceptance movements that have emerged since.

After a seven-year hiatus, it’s back for a new season – and once again, there’s nothing they’re too shy to show us. Doctors Jane Leonard, Anand Patel and Tosin Ajayi-Sotubo are the medical professionals guiding the series, replacing the original doc trio of Christian Jessen (whose public profile nosedived after a rogue tweet about Arlene Foster left him with a £125,000 defamation bill), Dawn Harper and Pixie McKenna. The panel might have changed, but Embarrassing Bodies’ first episode back doesn’t stray far from its original recipe: three patients with three different issues that are causing them pain and/or shame each get seen by a doctor.

Though the problems vary, the doctors are equally sensitive and kind to each patient, even if the viewer at home might occasionally have to watch through their fingers. A touching moment comes early when Dr Anand connects with Dani, a woman whose excess skin (which she has after losing 15 stone with a gastric bypass) makes her “feel like a monster”. Anand is quick to reassure Dani that he understands the mixed feelings that can come with weight loss, having lost five stone himself. Seeing the patient’s relief as she is examined with care and congratulated for her hard efforts is a reminder of just how vulnerable a state some people are in. After all, appearing on the show is surely the last resort, with participants hoping to gain some respite after significant discomfort. While we have more language around destigmatising our bodies in 2022 than in 2007, actually sharing some of our most personal hang-ups with the world is another thing entirely.

Elsewhere, we meet a twentysomething ex-construction worker who has been suffering from discharge leaking from his ears. Not only does this impact his hearing quality, but the “foul-smelling pus” has harmed his confidence and made him unwilling to meet new people. For some, the up-close and personal nature of the show might just be too much to handle. Images of the man’s seeping ear, plus surgical footage of Dani’s skin and tissue removal and an in-depth camera shot into another patient’s blistered and irritated vulva are all covered in the first episode alone.

Admittedly, it’s far from easy viewing. But Embarrassing Bodies’ refusal to censor things that many would rather turn away from is what makes it so necessary. With waiting times for medical care on the rise, programmes like this share much-needed advice to the masses, while confirming to those who may be suffering in similar ways that they’re not alone. With additional segments that include the doctors advising a university student about staying safe while taking drugs, plus a “testival” that combines live music with sexual health screening, the show is a judgement-free zone that encourages us to be less squeamish – and it’s a benefit to us all.