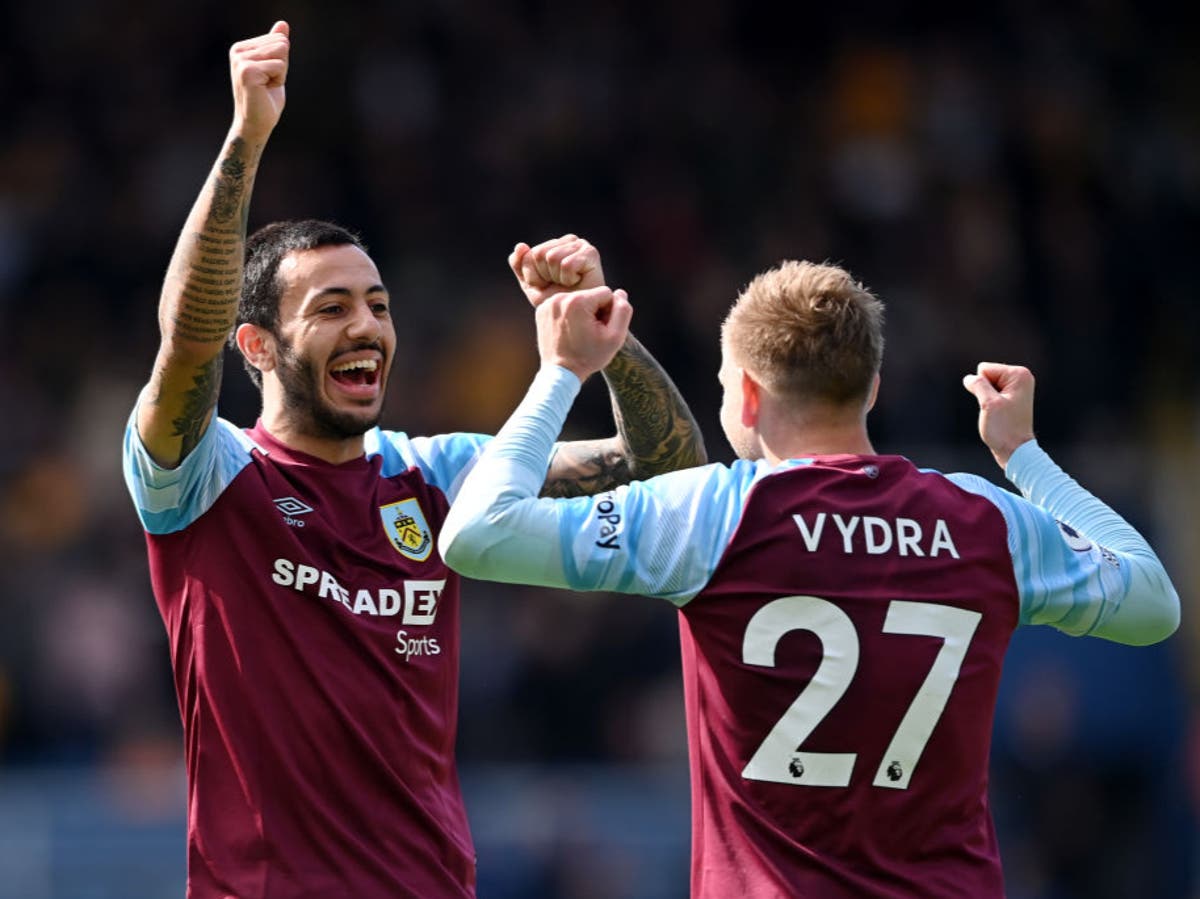 Burnley fans would have been left thoroughly concerned on Sunday after Leeds’ stoppage time equaliser against Brighton dropped Mike Jackson’s side into the relegation zone.

Burnley now need at least one point from their final two Premier League games of the season if they are to avoid the drop.

Their first opportunity comes away at Aston Villa on Thursday evening, before they host Newcastle at Turf Moor on Sunday.

But they will not want to be relying on other results on the final day, so can they climb above Leeds and possibly Everton too with a win at Villa Park?

The match will get underway at 8pm on Thursday 19 May at Villa Park.

How can I watch it online and on TV?

The match will be available to watch on Sky Sports Premier League and Sky Sports Main Event, with coverage starting at 7pm BST.

Villa defender Ezri Konsa suffered an injury during the draw with Crystal Palace and is expected to miss the final two games of the season. Kortney Hause and Leon Bailey are the other two players in Gerrard’s squad currently sidelined with injuries.

Ben Mee and James Tarkowski missed the defeat to Spurs but Burnley will be hopeful at least one of them can return for this crunch game – with Mee looking the most likely. But Matej Vydra, Ashley Westwood and Johann Berg Gudmundsson are all set to miss out with fitness issues.

Burnley will be desperate for a result here after back-to-back defeats at the hands of Aston Villa and Spurs. It promises to be a tough game for the visitors given this is Villa’s final home game of the season. But the smart money would be on the spoils being shared – a result that would set up a fascinating final day in the relegation battle. 1-1.